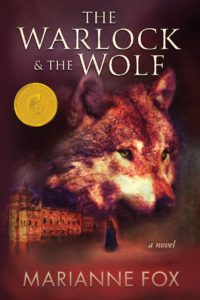 The Warlock and the Wolf

(Book 1 of The Naturalist) 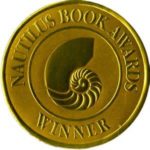 —Winner of the Nautilus Gold Award in YA Fiction—

Brave orphan Mina dreams of becoming a great scientist, even though she’s just a beginner.

But when her parents’ killer escapes from prison and threatens to kill again, she must make the terrifying leap from apprentice to master sooner than planned—if she wants to survive.

Book 1 of The Naturalist combines historical fantasy with thrilling adventure and a touch of Renaissance romance.

Praise for The Warlock and the Wolf

“[Fox’s] portrayal of a Dutch Golden Age intertwined with magical elements of high fantasy feels uncannily believable, and Mina herself is a memorably wonderful character, compassionate and grounded as her personal world is thrown into chaos.”
—Historical Novel Society

“This strong blend of history and fantasy gets this series off to a strong start.”
—The Booklife Prize in Fiction

Coming soon: The Jaguar and the Alchemist

(Book 2 of The Naturalist)

Mina’s father was murdered long ago.

Or so she’s always believed.

When the young scientist arrives on the coast of Brazil, sent by a wealthy patron, her mission is simple: find an elusive creature and document it for science—an easy task for someone who can communicate with animals.

Mina also pursues another quarry in secret: a man who looks just like her father, who was killed years before in Holland.

But when she finds a murdered Tupi on one of her excursions, Mina realizes that the colony has more secrets than she does—and she could be the next victim.

Desperate to reunite her family and complete her mission, she turns for help to the jungle, its creatures, and the magic of those who dwell there.

Book 2 of The Naturalist takes the reader on an enchanted adventure into colonial Dutch Brazil.