Have you noticed the recurrence of a certain type of character in the series Game of Thrones? This person—or
creature—might have magic powers, or unusual strength, skill, or stature—and appears in the story primarily to aid a more major character. This character type is what I’ve come to call the “strange helper”—strange in the sense of unusual, extraordinary, or exceptional. Here are just a few examples.

What are some other examples of strange helpers in Game of Thrones? Share your ideas in a comment! 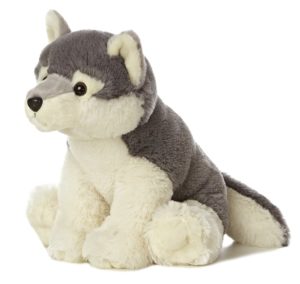 To celebrate the start of summer, I’m giving away this adorable Aurora plush toy wolf. This giveaway is open to residents of the US, UK, Canada, Germany, Belgium, and the Netherlands.